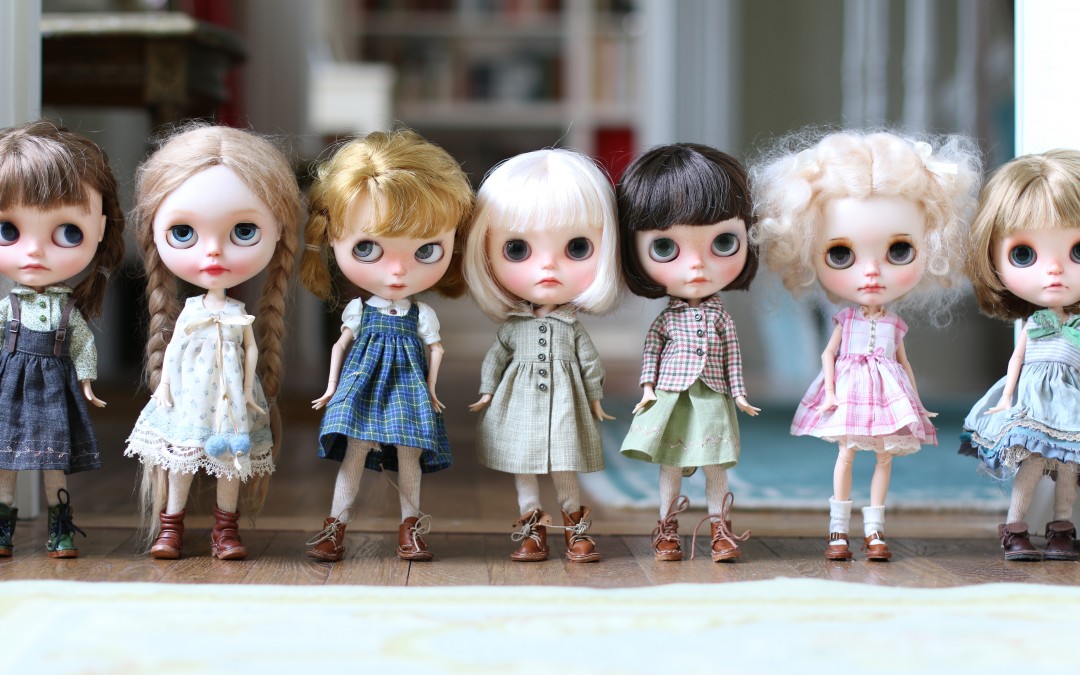 Can you begin to imagine what it’s like living in a house with so many girls?! Each girl has their own little personality so I thought I would introduce you to each and every one of them!! 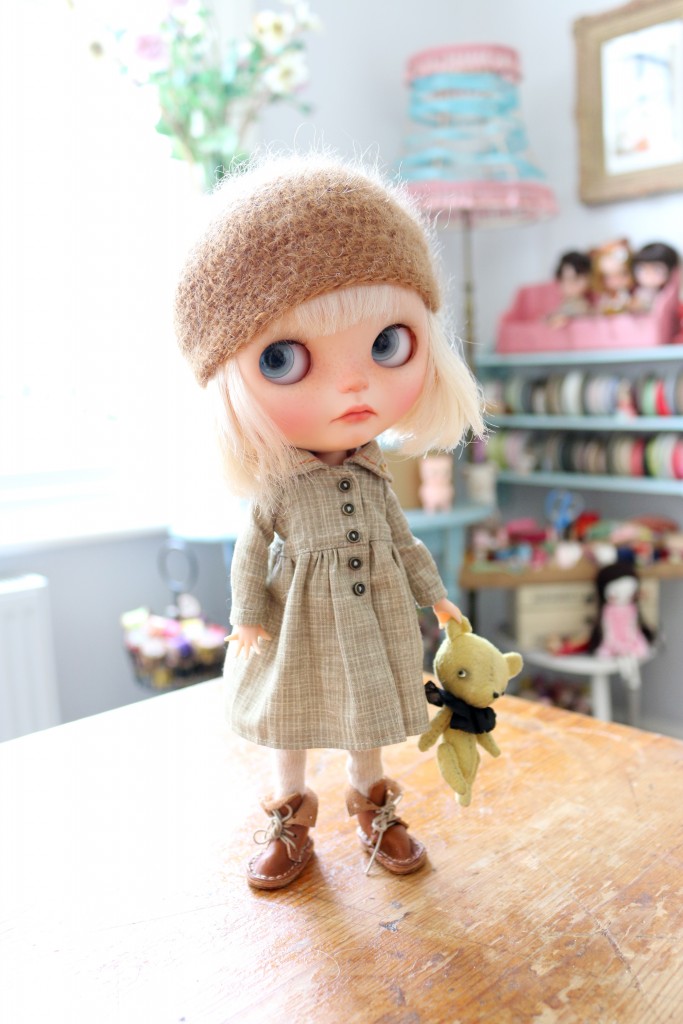 About – Clairel never goes anywhere without her beloved Teddy. She may be very naughty but she’s the sweetest little girl you could ever wish for and is always very, very sorry when she gets caught doing things she shouldn’t! 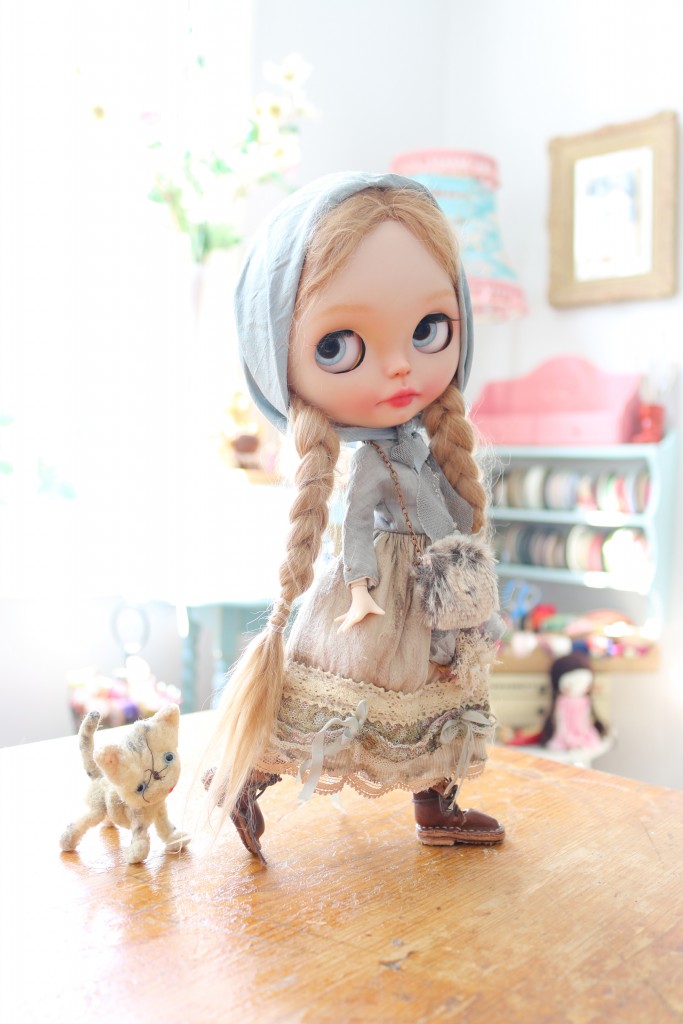 About – Nona is our little Russian girl who travelled by train all the way from Moscow with her little Kitty to Needham Market here in Suffolk. She has many interesting stories to tell the girls and she has a lovely little singing voice. 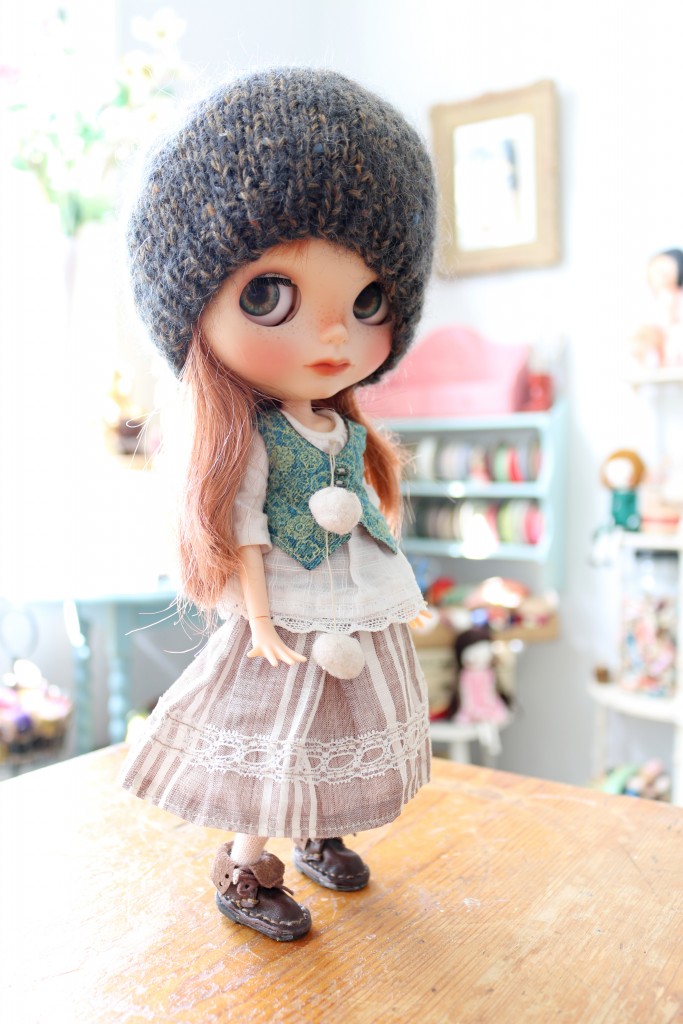 About – Robin is a day-dreamer and spends all day secretly writing notes in her poetry book. One day she hopes to get published. 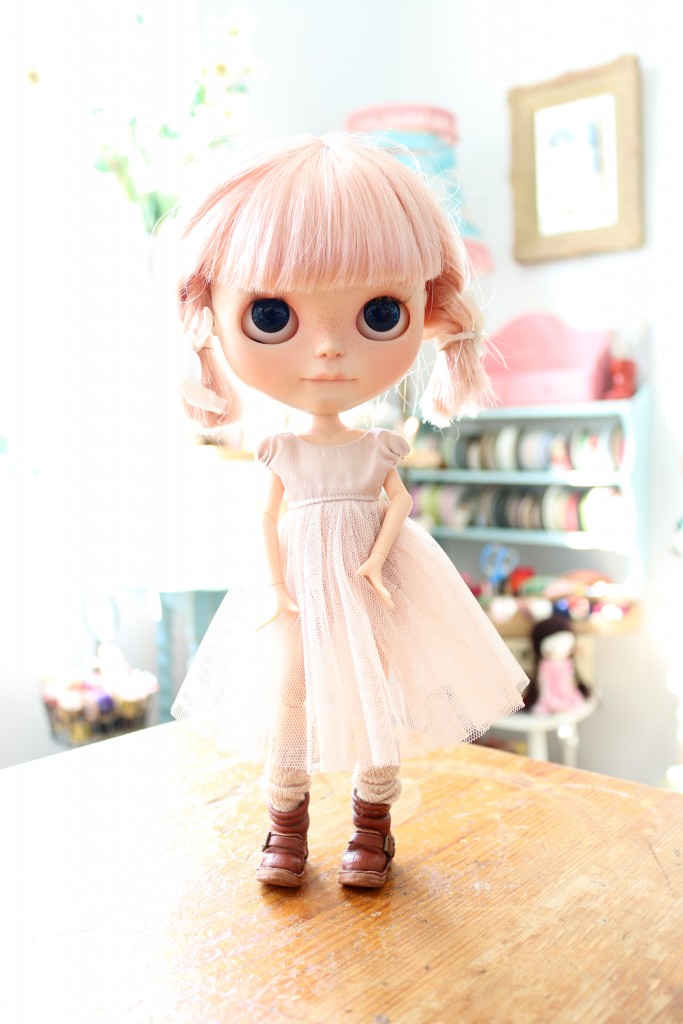 About – Peach is a very good little girl but is easily led astray and ends up getting into trouble when it’s not her fault. Most of all she loves to gobble all things sweet and you’ll normally find her in the corner with an ice cream or a marshmallow. 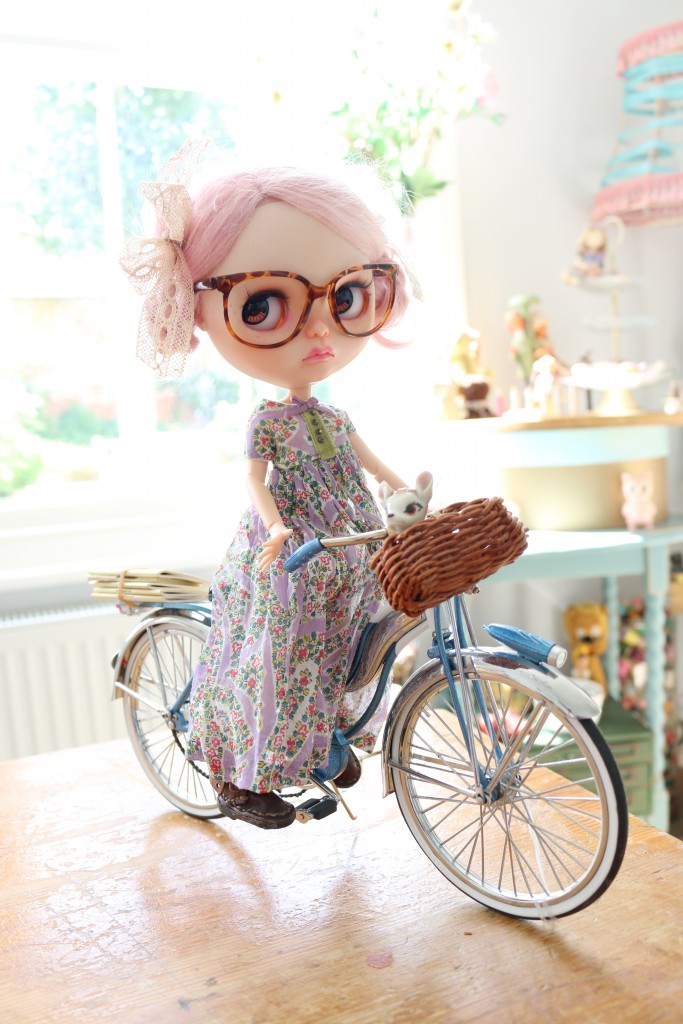 About – Bambi is a child protégé and studies at Cambridge University at Trinity College. This year, because she’s so clever she was given her first bike so she can cycle to college every morning. If ever you’re in Cambridge don’t forget to look out for her! 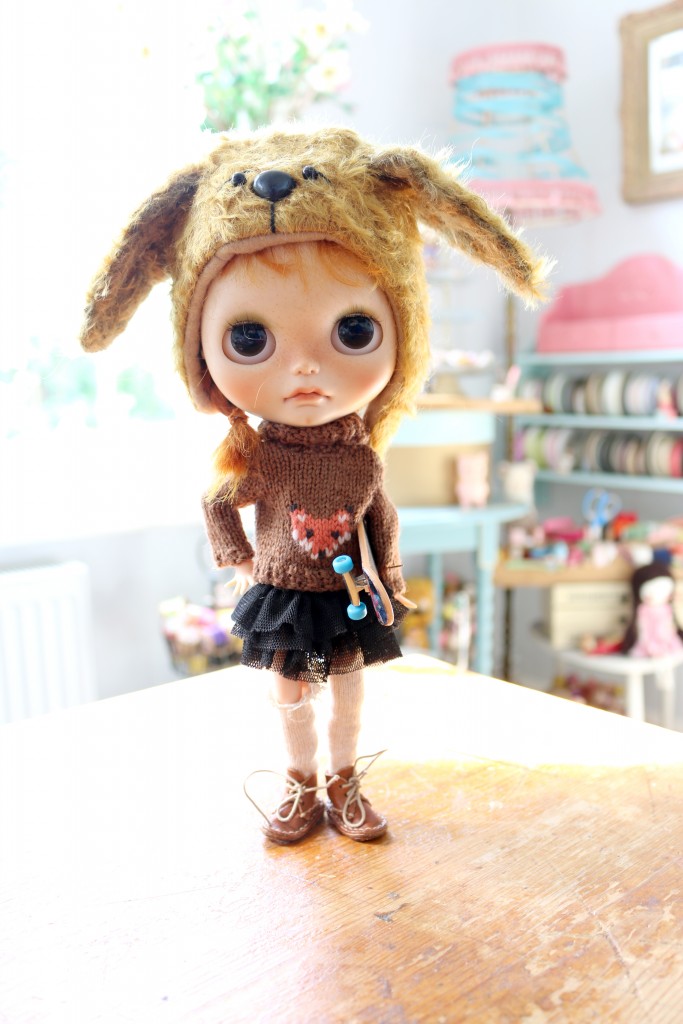 About – Darwin is a little tomboy but she still loves to wear dresses… especially tutus. She spends all day practicing her skateboarding. The busier the street the better! Her favourite place to skate is London and one day she’d like to win the skateboarding championships! 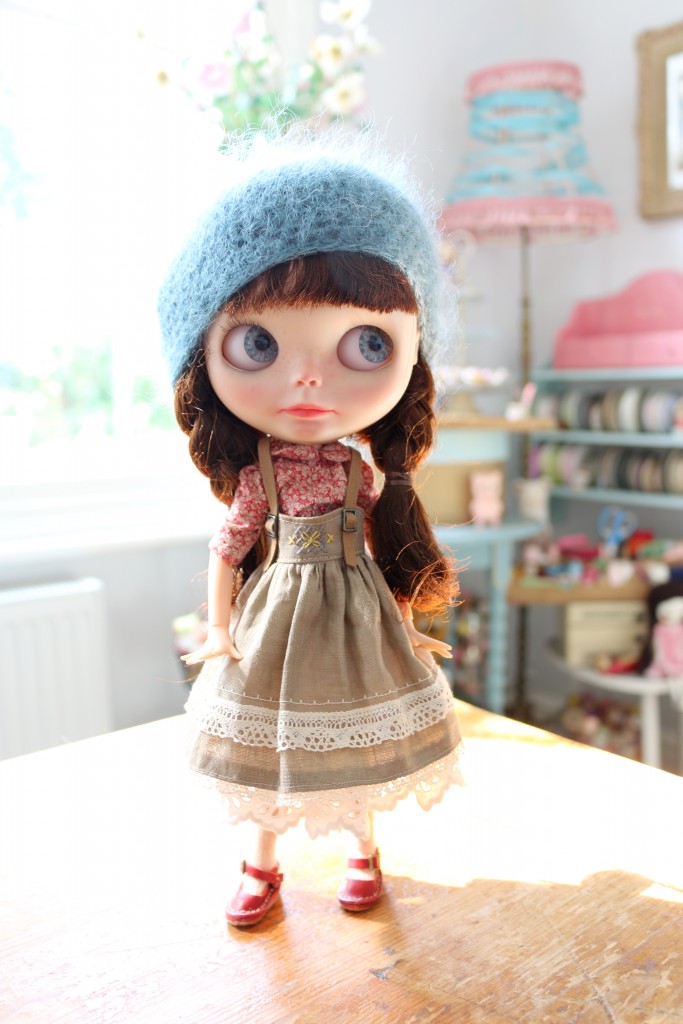 About – Bronte is a little gossip and loves nothing better than to chatter away. In fact sometimes I even have to ask her to be quiet as she barely takes breath from one sentence to the next. 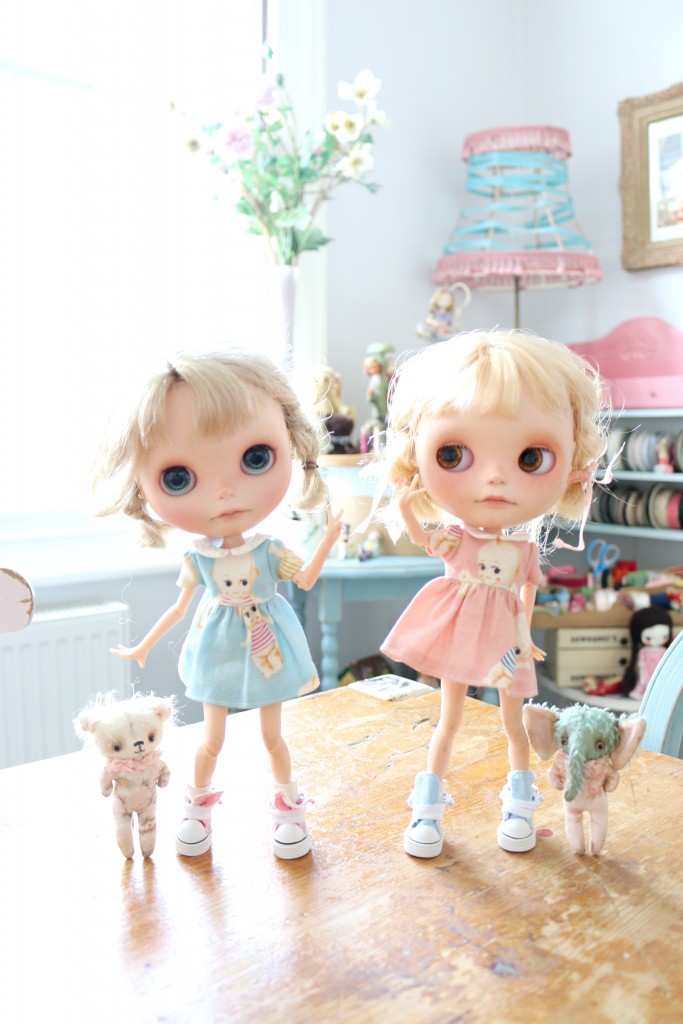 Hobbies –  Seeing who can be the naughtiest.

About – Sam and Gussi are twins! They do everything together so it’s double the trouble! They love running around the house and making as much mess as possible. They’re last to go to sleep at night and first ones up in the morning! 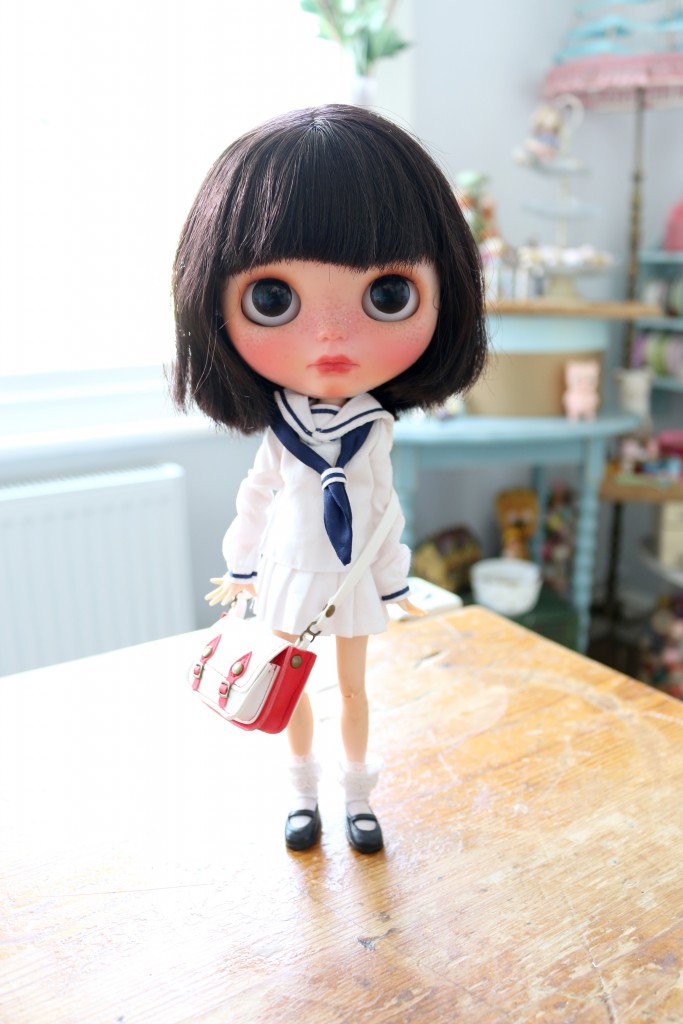 About –  Ying Ying is from China and she loves to collect interesting little things. She’s got a whole satchel full of stickers! She very rarely joins in the mischief because she doesn’t like getting told off. 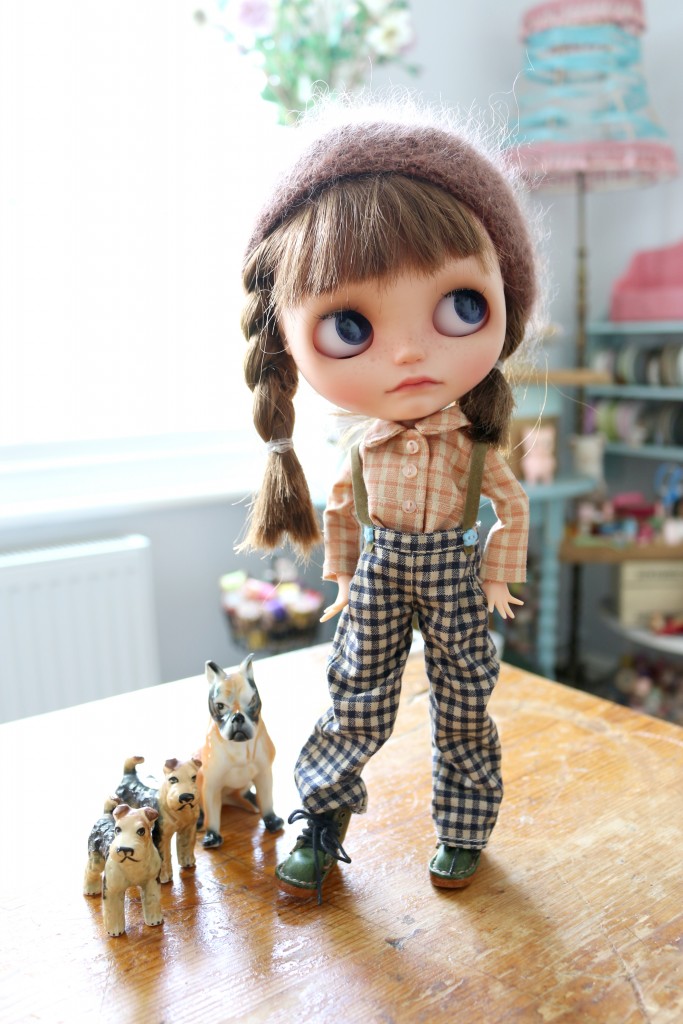 Hobbies – Training her dogs to do tricks and painting.

About – Rita is a little sweetheart. She finds beauty in all she sees and loves to express herself through her art work. 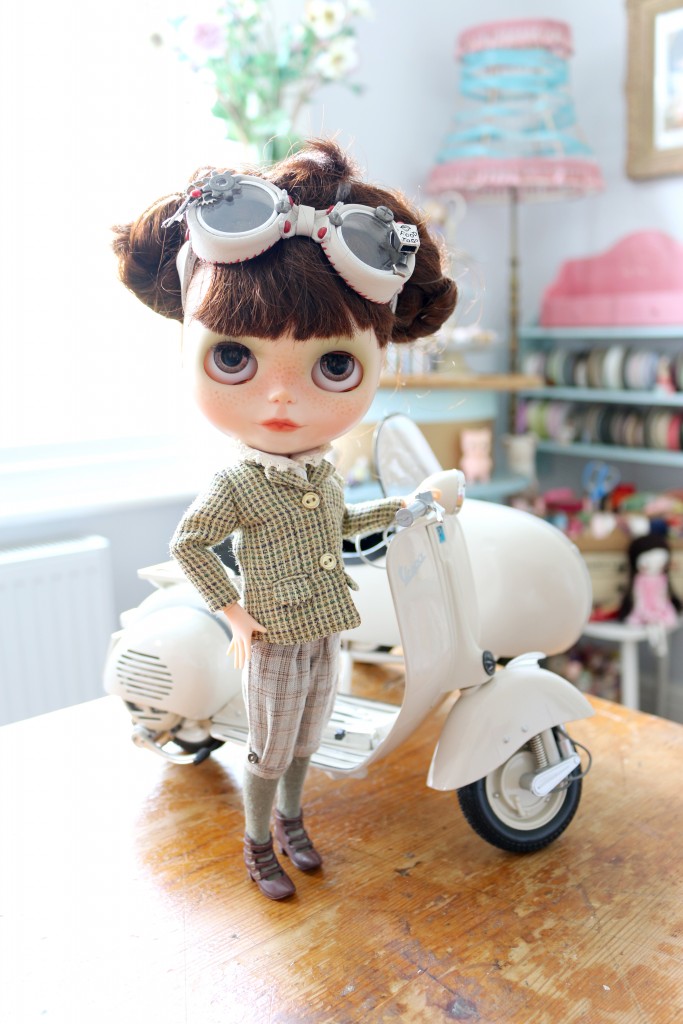 Hobbies – Driving around on her Vespa.

About – Coco is our chic little Parisian girl. She loves to travel, she recently drove to London to meet The Queen and is planning to travel all around the world in just 80 days! 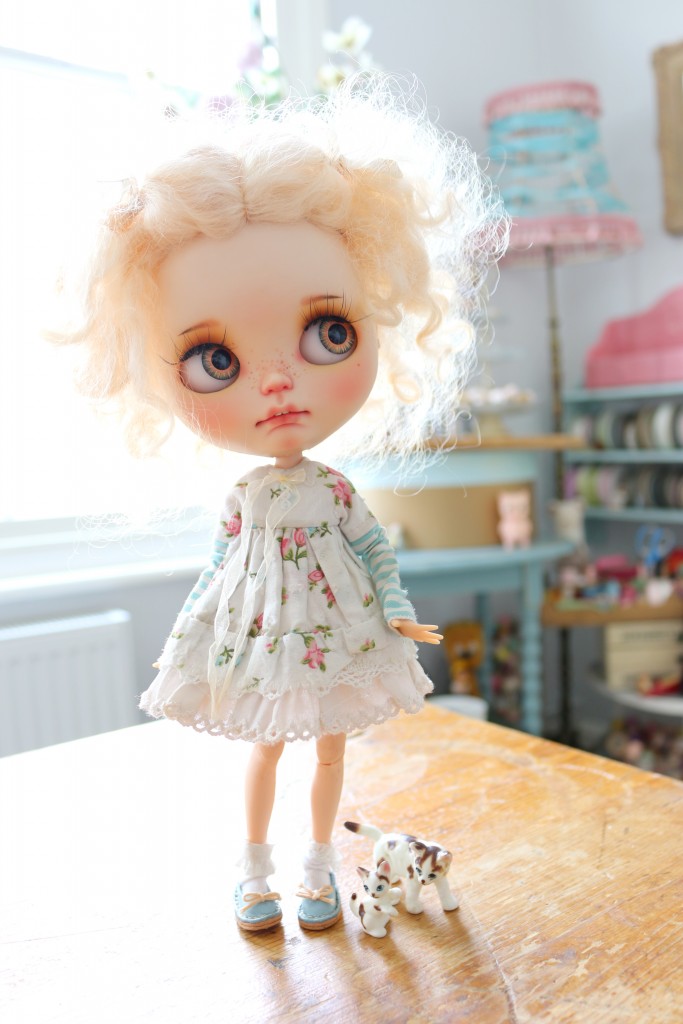 About – Maisy is a bit of a scatter brain! She loves to dress up but forgets where she puts everything and goes to sleep with her tiara on. 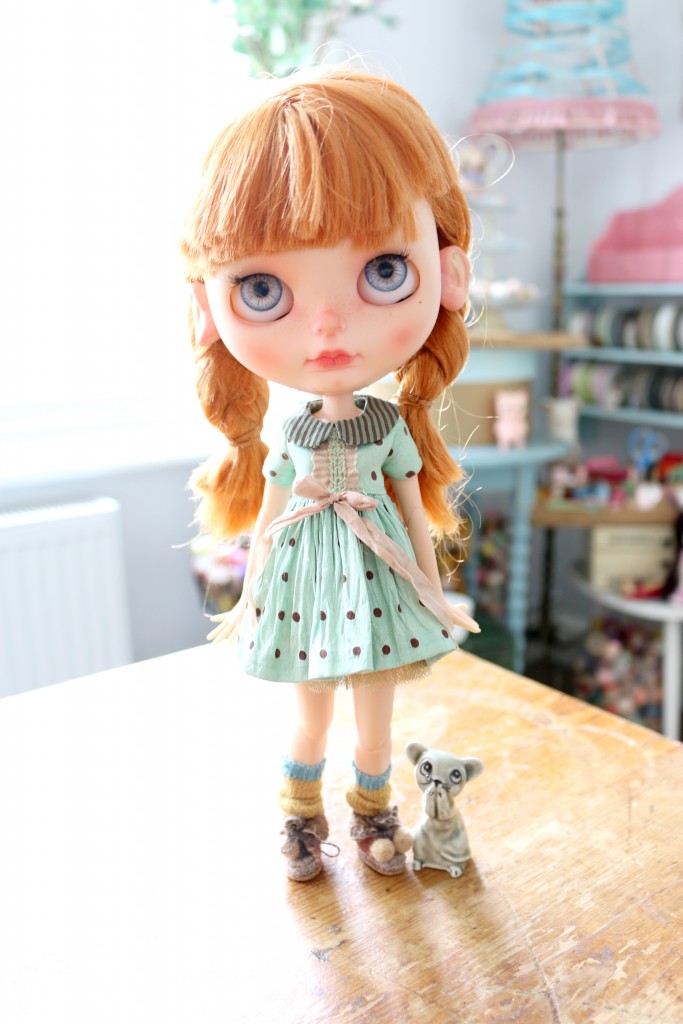 About – Flossie is very shy because her ears stick out. She has a very squeaky little voice and she says when she grows up she wants to be a mouse! Her sisters think she’s perfect and love her just the way she is! 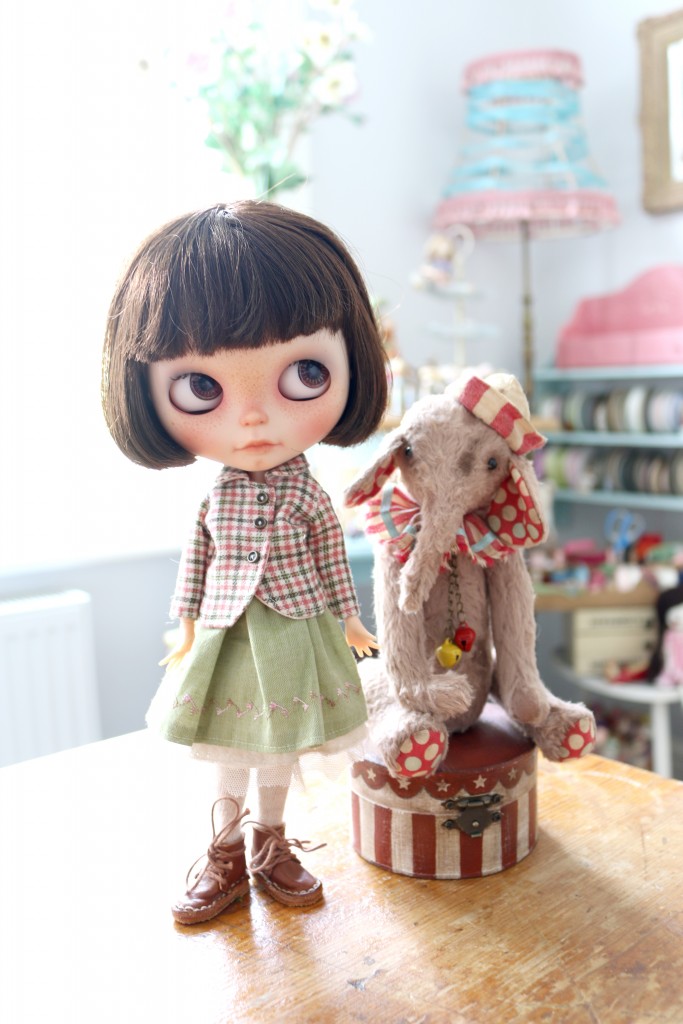 About – Prune is a very curious little girl. She loves people watching and has a habit of looking through peoples windows! When she grows up she’d like to read the news on TV! 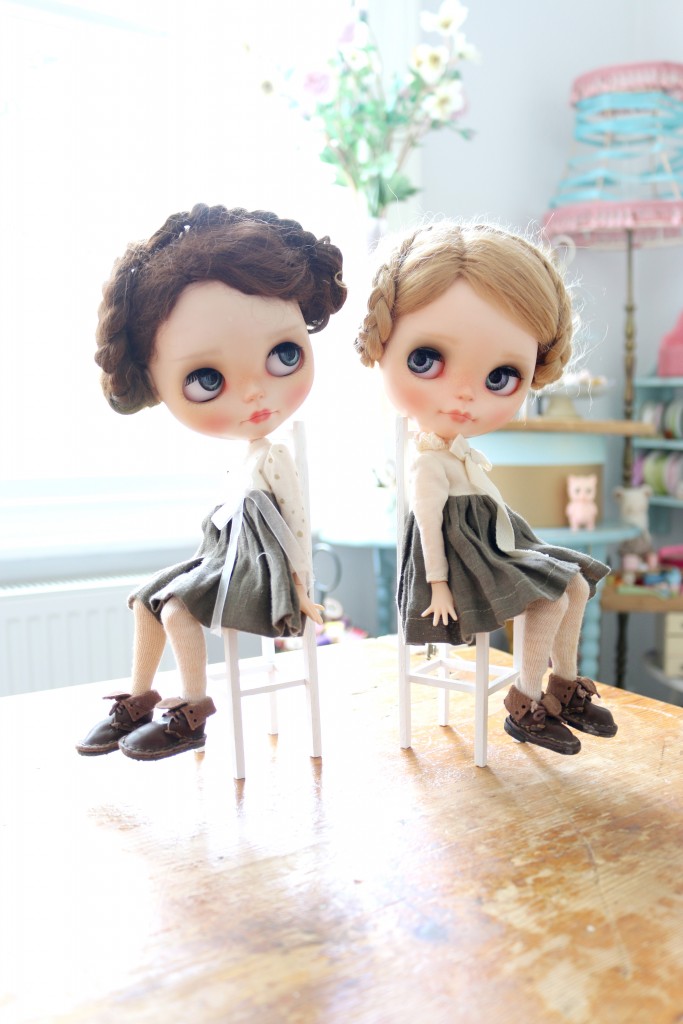 About – Manon and Emily are sisters from Dublin. They are wonderful little dancers and last year won the Irish National Championships! This year they hope to win it again. 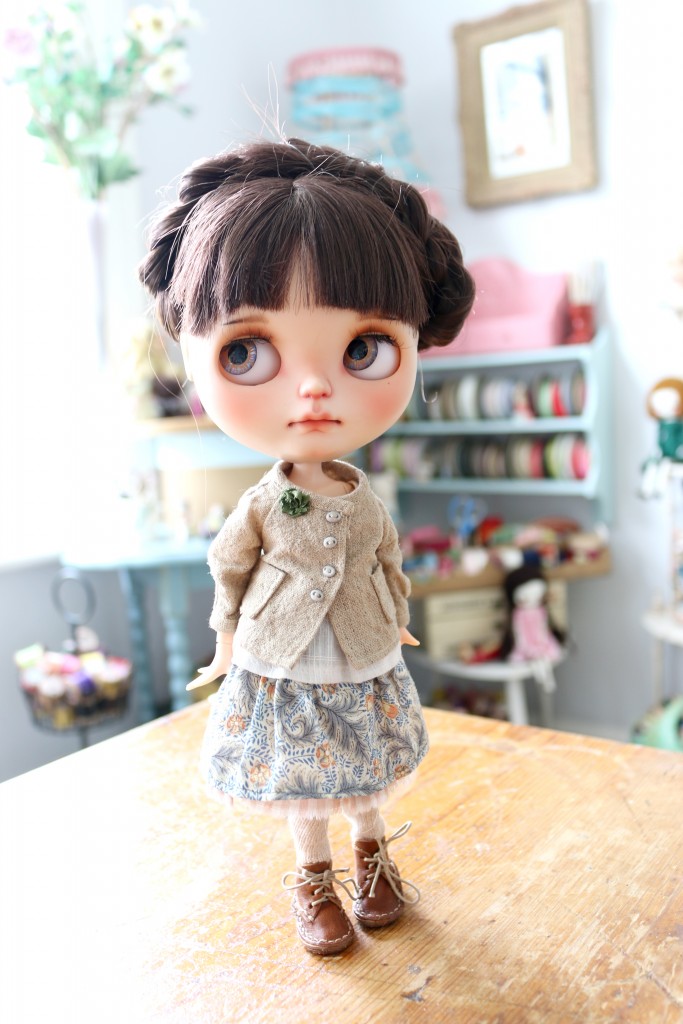 Hobbies – Singing (but only to herself!)

About – Ran Ran is very shy and she worries rather a lot. Despite being shy, she secretly loves to join in with all the mischief and always cries when she gets told off.

About – Gretchen dreams of becoming a Prima Ballerina. She very rarely joins in the fun with her sisters as she knows that to become a great ballerina it takes real dedication. 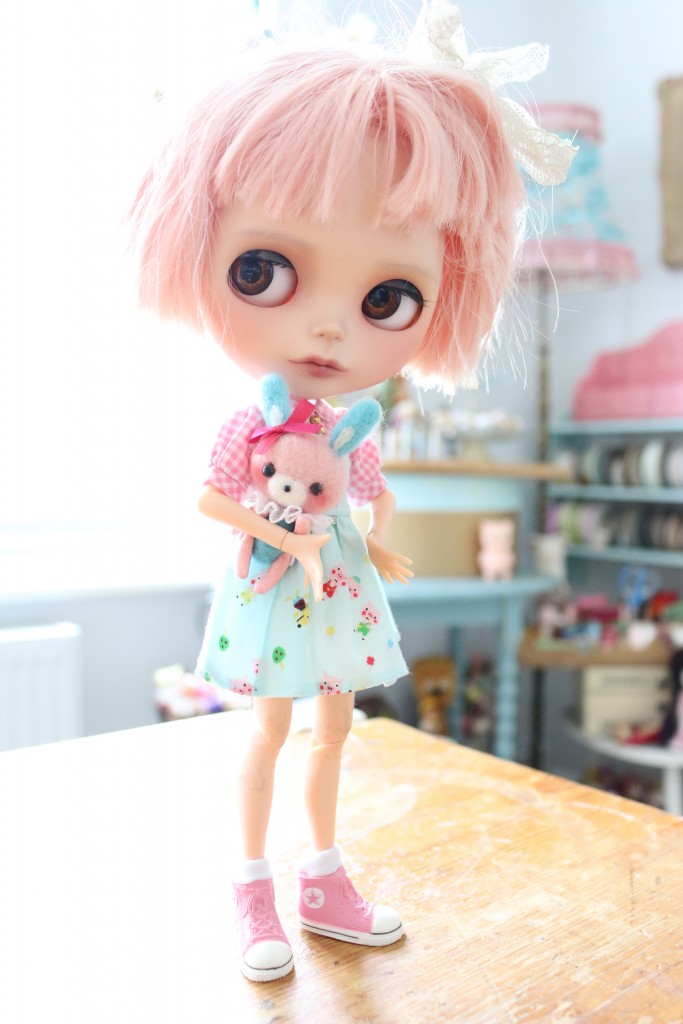 About – Blousey doesn’t like being told what to do. She likes to wear her dresses really short and loves everything pink! Including her hair! She dreams of owning her own candy floss stall. 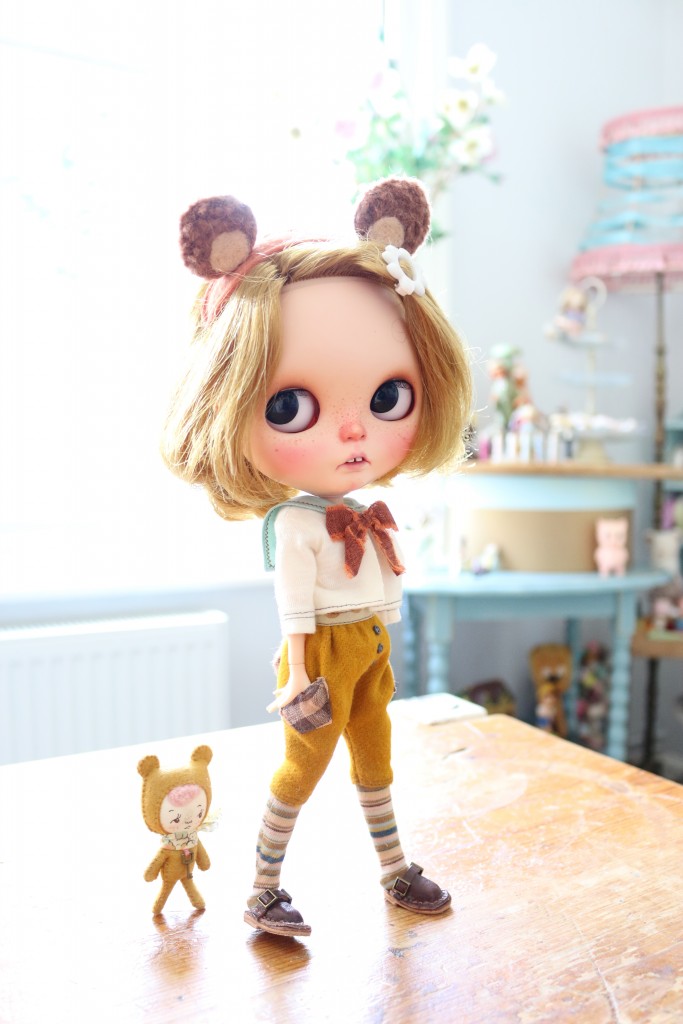 About – Lotte loves geography and travelling. She keeps a diary of everywhere she goes. She has photos of herself by the Notre Damne, The Taj Mahal,Tower Bridge, even The Great Wall of China! Her goal is to see the eighth wonders of the world! 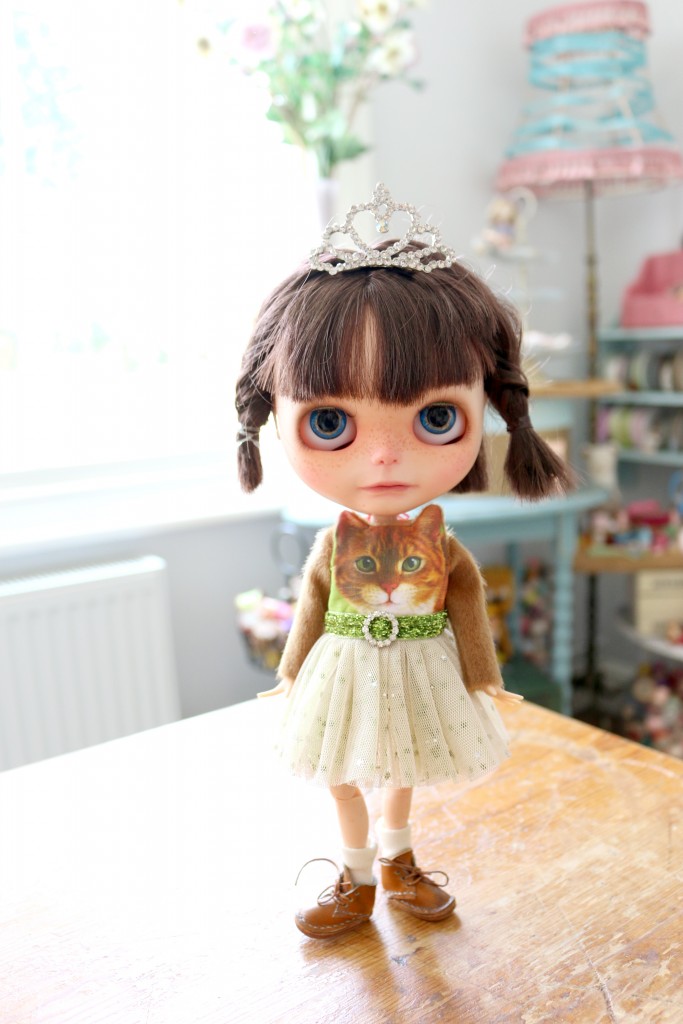 About – Annie is very giggly and laughs at everything! She’s always cheerful and is great fun to be with. She loves going to the seaside and building sand castles and spending all of her money in the arcades! 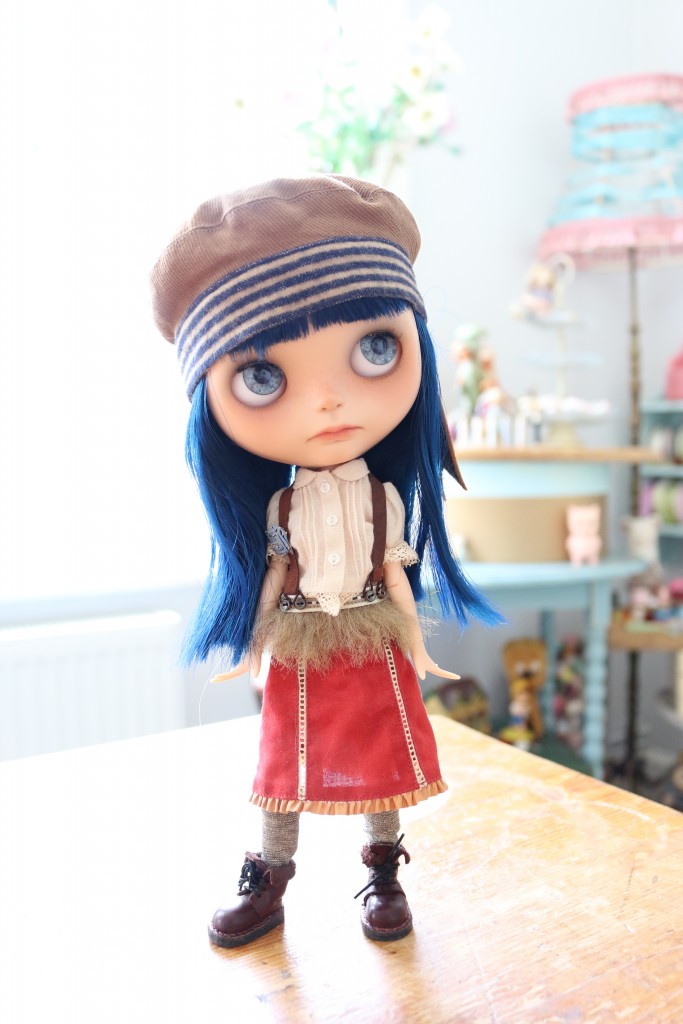 About – Besso has a wonderful imagination and is always out in the garden shed inventing machines and gadgets. At the moment she is working on a time travelling machine so she can travel back in time and meet the dinosaurs. 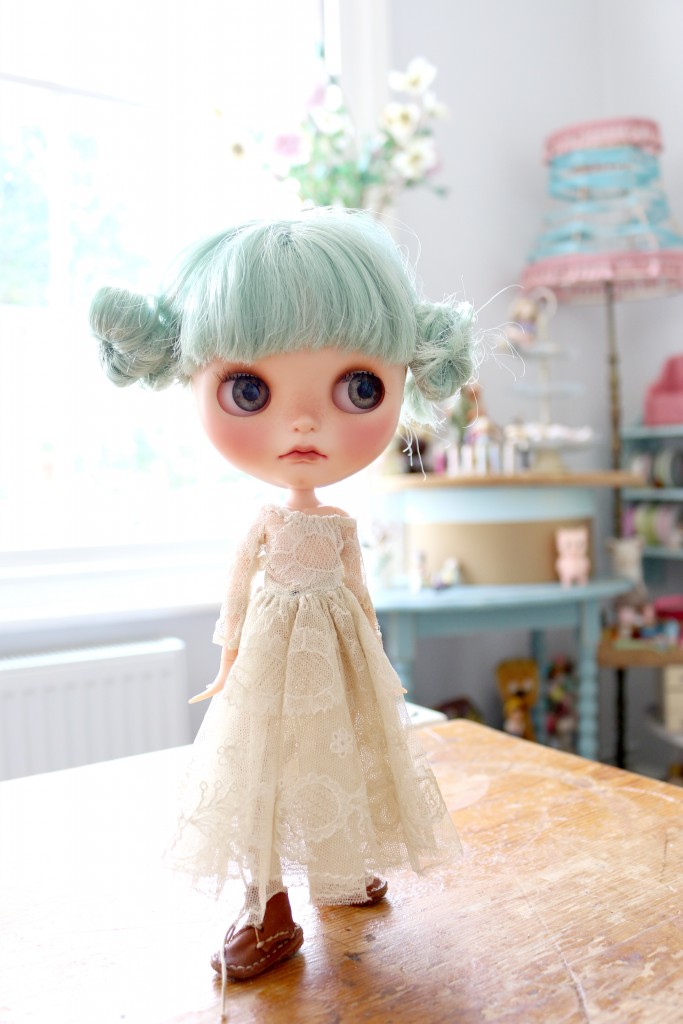 About – Mirtel is a romantic, she’s a bit of an old fashioned girl. She likes to watch black and white movies and spends all her time looking around flea markets and antique shops searching for treasures. 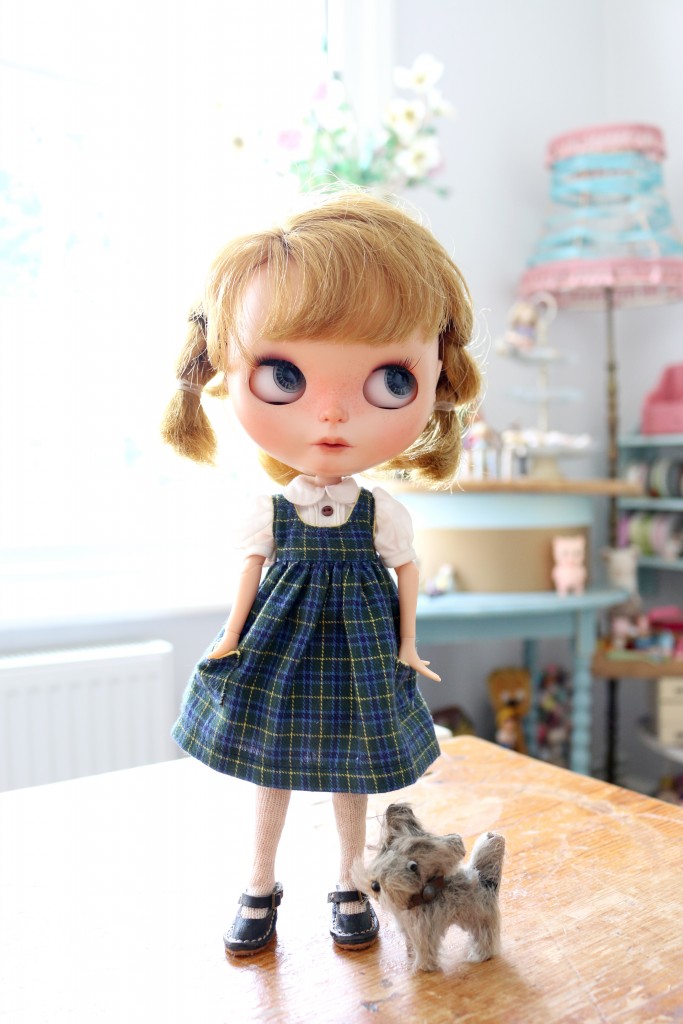 About – Noon loves playing games! Her very favourite game is hop scotch. She’s so good at it that none of her sisters want to play with her anymore because they never get a go.

About – Mouse is the baby of the family. She thinks all her sisters are wonderful and does everything they tell her to. She never gets into trouble because Mummy knows it’s never her fault.

About – Charlie and Freddy are the glamorous big sisters from California. They spend all day in-front of the mirror trying on outfits and talking about boys. All their little sisters think they are so cool and want to be just like them when the grow up! 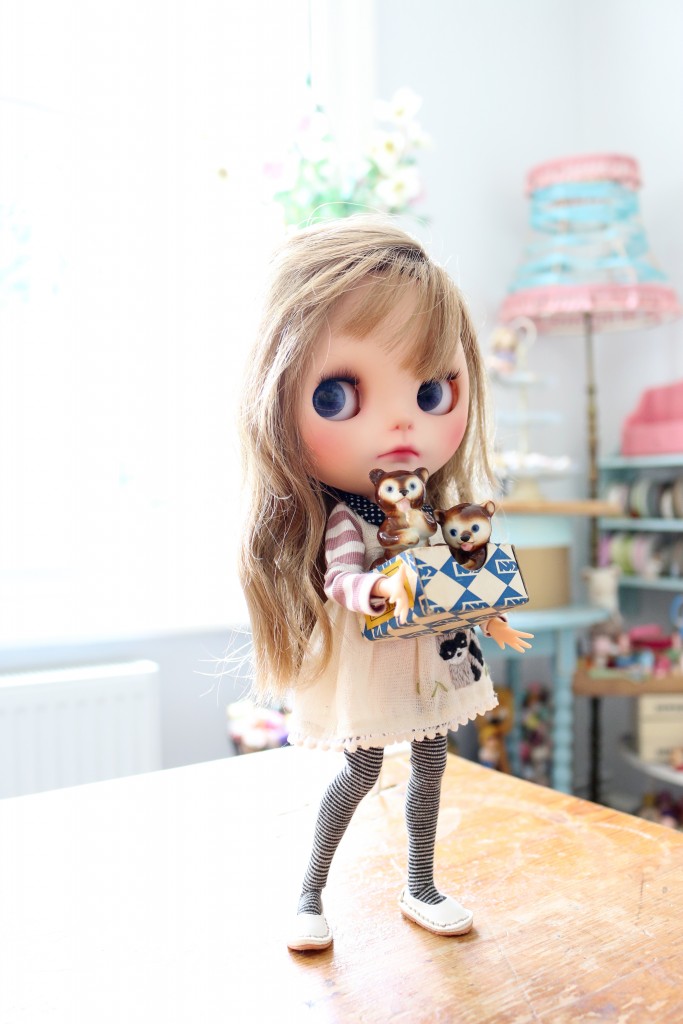 Hobbies – Playing with her teddies

About – Delphine loves her sisters but she prefers to spend her days playing with her teddies and taking them out on adventures! She recently brought them all the way to Cambridge to visit Bambi! She will be five this year. 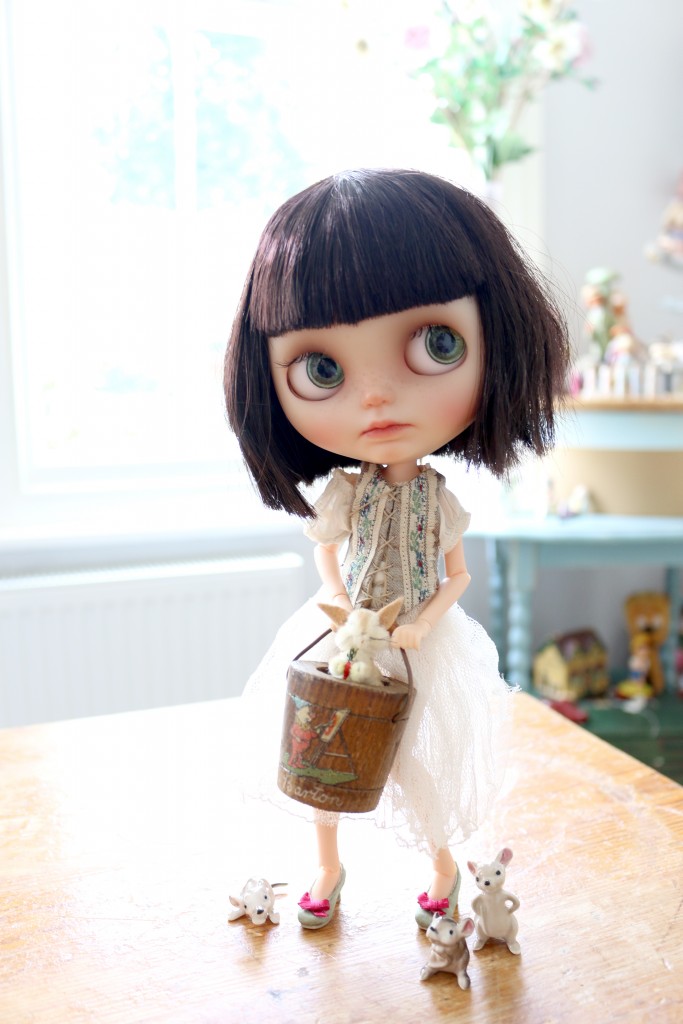 About – Applebite is our little Spanish sister. She can now speak English just like a native and is teaching her sisters how to speak Spanish. She would like to grow her hair long enough to sit on and gives it a hundred brushes every night.